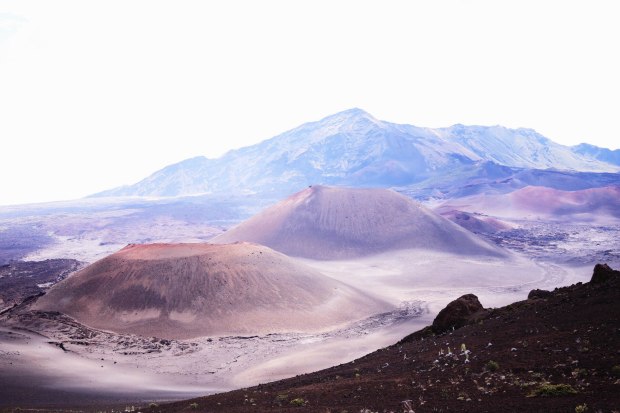 Haleakala National Park was high on my list, after hearing about it when I first arrived in Maui. The third day I was on the island I actually decided to drive to the park, even though it was pouring rain. When I finally arrived after a 2h drive I ended up sitting in front of a closed gate. The drive was pretty rough and so foggy that I could barely see a meter in front of me. In the end I had to drive all the way back down and I came back a day later to visit.

After driving for a while I was driving above the clouds which was a pretty amazing experience. The park is great and the hikes are even better! About 20 minutes away from the hiking spot I was driving to I picked up a family of 3 that was hitchhiking. Apparently this park has special hitchhike spots to make the longer hikes a little more bearable, which I thought was so smart. That way you don’t have to turn around during a hike and see the same thing all over, but you can just continue walking and ride with someone for the last couple miles.

I was traveling solo this trip, which makes it so much easier to be social and make friends. During this hike I met a bunch of people and loved it! The whole time I was hiking with 2 people from Australia, but we met a bunch of Canadians and other Americans too. I love connecting with people who are as passionate about adventures as I am! 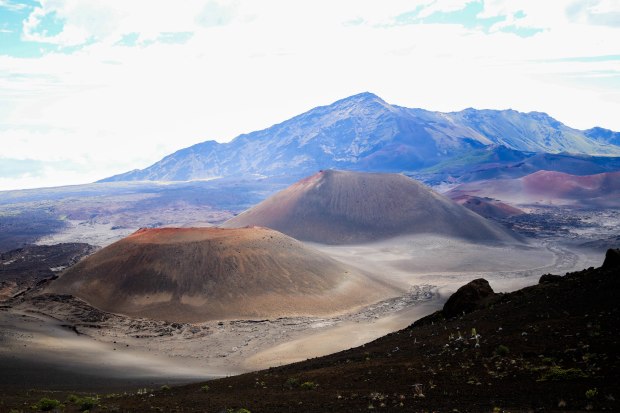 I forgot how many miles I hiked, but since I had a plane to catch the same day I was on a schedule, so I basically just walked (downhill) for 1.5h and then turned around and went back uphill. The way back was pretty hard and bringing a 1.5 liter bottle of water was definitely not enough, but I did finish the hike back in about 2 hours.

If you decide to visit this park and you have a National Park pass, make sure you bring it! Even though Hawaii is so different than the rest of the United States, it still is the same country. Also, make sure you have a whole day to go. My friends arrived at 5:30 and saw the sunrise and since you’re standing above the clouds when you’re in Haleakala, they said it was the most epic sunrise they had ever seen. Also, some other people I met along the way started hiking the day before, camped in the park and continued their hike the next day and they said it was one of the most amazing things they had done to date. 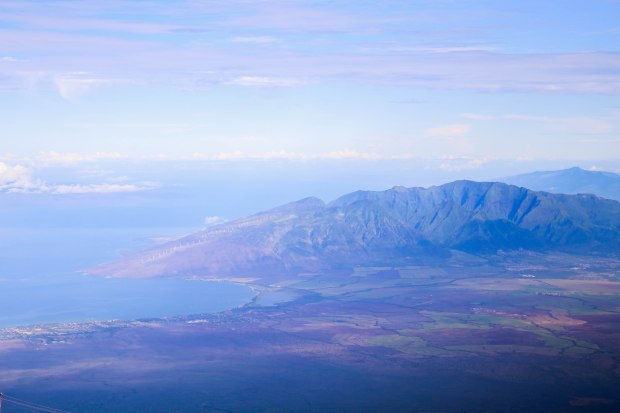 If you love taking pictures like I do, you’ll love this park and its colors. Every time a cloud would move or you would walk around one of the craters the colors of the landscape would change. It was very interesting and I have to admit that I probably took about 700 pictures in 3 hours! 😉

Oh yeah, there’s one more thing that’s important about this trip. When you’re driving up the hill to the entrance of the park, make sure to drive slow. There’s a company who organizes mountainbike tours right there and it’s the most unsafe thing. The whole road up you’re driving in little rounds to get to the top. You have to make sharp turns the whole time and it is pretty steep up for miles. The mountainbikers basically fly out of those turns and even though I consider myself a good driver, I’m surprised I didn’t hit any of them. So here’s my advice to you: Drive below 20 miles/h when going to and coming from the national park entrance for your own sake!

I hope you liked my review of Haleakala National Park and I hope I made you want to check it out! 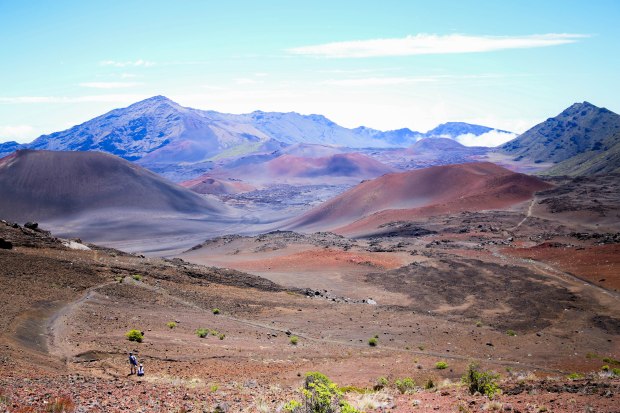 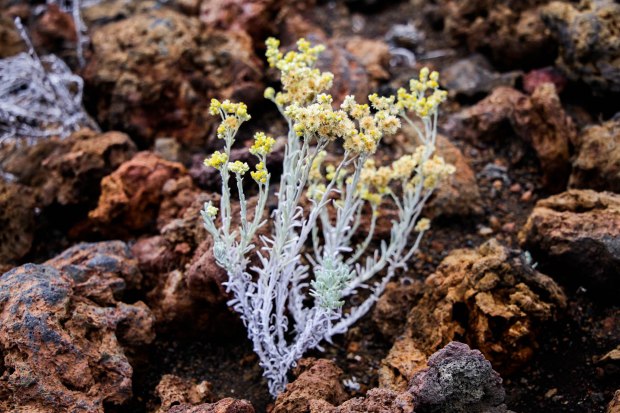