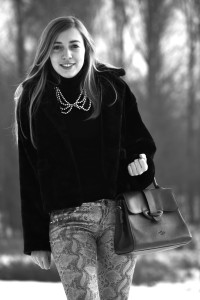 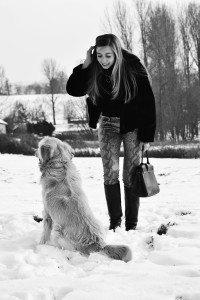 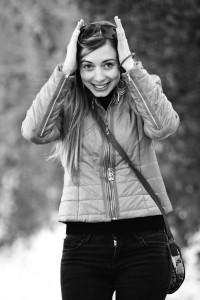 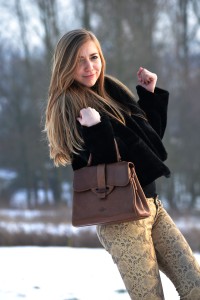 Which ones do you like the most? The ones in color or the ones in black and white?

So if you have been following my blog lately, you probably know that I arrived in Salamanca allready where I will be doing my internship at Tia Tula. On Friday I took a flight to Madrid, and after that i took the train to Salamanca! The apartment where I’m staying is in the same street as the train station, so I didn’t have to walk that far when I arrived. I’m living together with a Japanese and a Dutch girl and they are really friendly.

On Saturday I went looking for the place where I’m going to work during the next 4 months. It was not that difficult to find, so I’m glad for that. It was a really sunny day, so it was really nice to explore the city. The streets are really typical spanish, just like I imagined it. They have those old nice buildings in the city where the spanish people are standing at the window, while talking to the people who live in the building in front of them. I first didn’t realize where all those voices came from, but you see, the Spanish people don’t need to come out of there houses to have a face to face conversation!

I didn’t take that many pictures, because I didn’t take my camera during my walk. But I still was able to take a couple of pictures with my iPad. 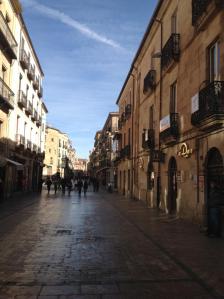 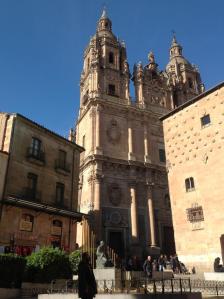 When I discovered some new places, or I have new stories of my spanish life, I’ll keep you posted.

I’ve been following some fashion blogs lately and I’m really inspired, so on Thursday I went taking some pictures with my roommate Serafien. In this post I’ll show you the pictures she took of me. I was wearing mostly basics and I bought a nice new bag that I wanted to show you. 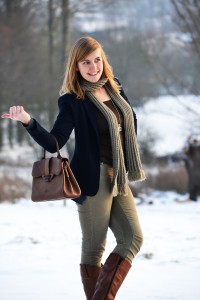 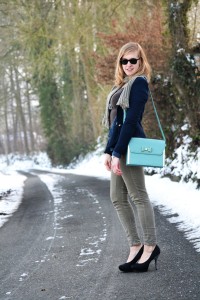 I hope you liked this first Fashion post! If I get some likes of you I’ll sure keep on looking for inspiration.

Tomorrow I’ll post the pictures I took of Serafien! So keep following my blog 😉

As I mentioned in the title allready: “I just love scrapbooks”. At the moment I’m making a little book where I want to write down ideas of places to see and things to do in the United States. It’s a nice way for me to be creative and to personalize a boring notebook.

On the picture you can see a scrapbook that I made after I went to Honduras for a year with AFS. I’m actually really proud of that book, because I worked a long time on it and it contains lots of memories. Inside there are pictures of my latin friends, of places I visited in Honduras & of the most amazing moments I had with my boyfriend. It sometimes even makes me cry when I look at the pictures and the notes of that year. It was the best year of my life and I’m so glad that my parents gave me the chance to experience how to live in another culture, and to be around people you don’t know who don’t speak your language. It also makes me realize how time flies. I remember every single detail of that year as it was yesterday, but we are 2013 allready, and I was there in 2009 (till july 2010). Oh gosh, I’m getting old ;-)!

On the front page of my scrapbook you can see a little map of the country, and also some REAL money of Honduras and then some pictures and a little text about traveling, which I really liked. This was the text:

Travel is more than the seeing of sights;
it is a change that goes on,
deep and permanent,
in the ideas of living.
(By Miriam Beard Page)

I hope you liked the text and the scrapbook 😉

As I saw that you guys liked my first ‘bucket list’-post, I’m going to post another one. Working abroad is one that I actually put on my to-do list every year, but until now it never happened. Now it is going to happen, because I’m moving this Friday to Salamanca, where I am going to do my internship untill the 24th of May! I’m so excited! Can’t wait to meet a lot of people and take pictures of a city that looks amazing (from what I saw on Google ;-))! 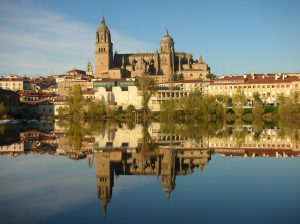 Did anyone ever went to Salamanca allready? Any recommendations to visit some places overthere?

On Friday I’ll post about my arrival, and a little later I’ll share some pictures of my new hometown!

Next to photographing, I also love making my own earrings! I love the idea of wearing something that nobody else wears. I’ve been spending a lot of time making these earrings with the cute little bows and I think they are adorable!

The fun thing about making your own stuff is that you can match them with the outfit you want and that you can give it a personnal touch. (You can click on the pictures to see more & to become a fan on Facebook!)

I hope that someday I’m going to be able to make my own clothes too. Whenever that happens I’m going to write a post about it on this blog, so keep following me 😉

I am really into old pictures, just like this one. I think there is a story behind every picture and I’m wondering what those 2 ladies were up to. Did they want to discover the world? Were they rebellious? What did there boyfriends think about them taking this risk?

I posted it because I hope to go hitchhiking with a friend in 2013. It must be amazing to get to know people while they give you a ride. You never know which stories you’re going to hear, but it can be inspiring. It’s on my bucket list!

There was an error retrieving images from Instagram. An attempt will be remade in a few minutes.