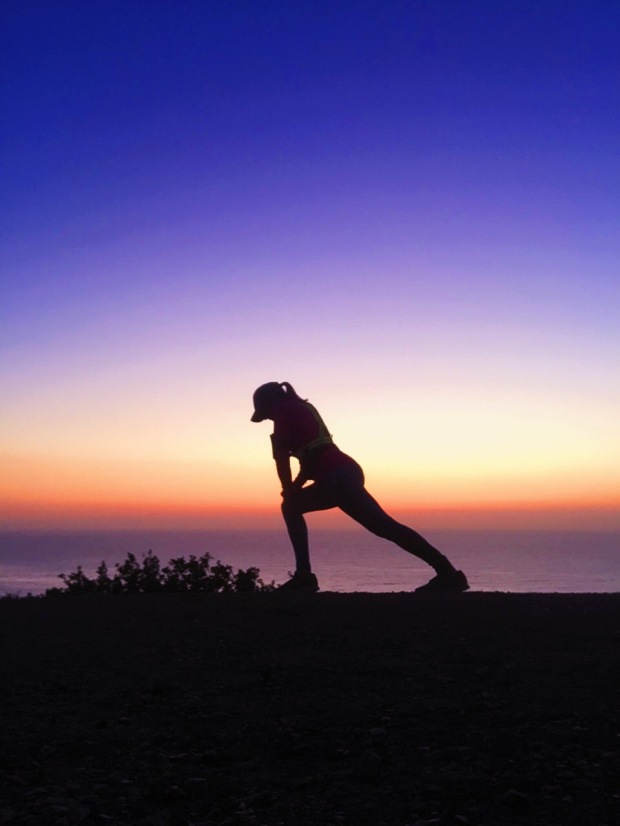 I finished my second week of marathon training on Sunday and it was a pretty intense week for me in which I really tried to push my limits (especially in the running department)!

Monday: I was so sore from my long Sunday morning run, that I decided to not do anything and just take a full REST day. It felt great to just listen to my body and to not overdo it!

Tuesday:
Woke up bright and early for a 6am cross train session with Camille. Great class as usual, and it made me so sore later that day. No pain, no gain! 😉 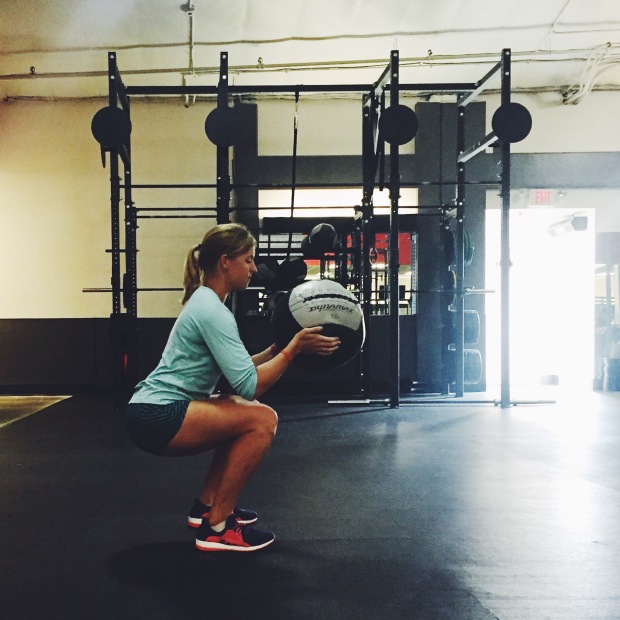 Wednesday:
As usual I started off my day with Fit 45. I usually work on Wednesdays but this week I worked on Tuesday evening instead which gave me time to do a second workout at night. I was doubting between taking an Interval class or a run and I ended up running a 10k on the strand. It felt great to do a sunset run. I missed this view!
Run details: 6.2 mi | 53:15 | pace: 8’34” | elevation: 283 ft 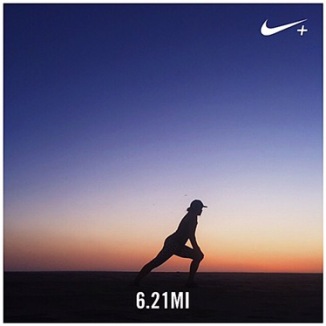 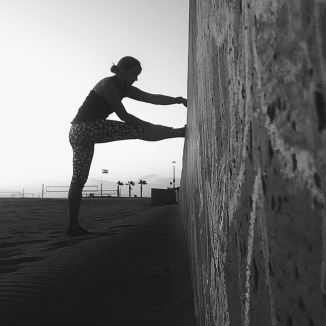 Thursday:
I took MMA Conditioning which was good because it was mostly upper body. I didn’t want to get my legs too sore, because the last thing I’d have wanted was for my other workouts to affect my running in a negative way. I got a great sweat in and it was one of my favorite MMA classes to date with a great variety of both boxing and other cardio exercises. We ran with sand bags over our shoulders, did jump ropes, pushed sleds around… This class never disappoints! 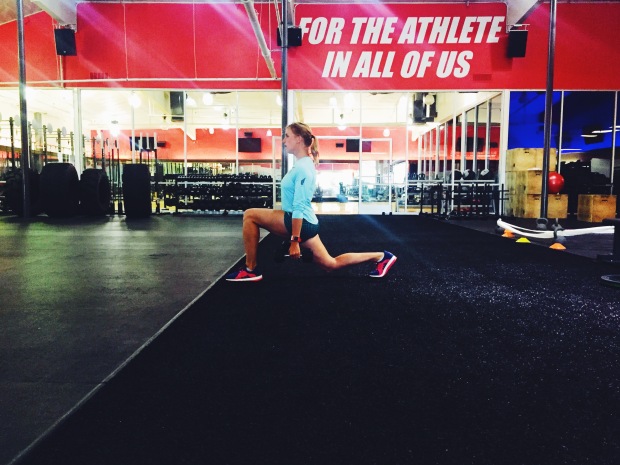 Saturday:
I planned on doing a 19 mile run on Sunday morning, but after coming home from work on Saturday I figured I might as well get it out of the way. I wanted to run up to the 7/11 in PV so I could get a Gatorade mid run. That was 10.5 or 11 miles which was more than I planned on running. Since I was so close to the beautiful Terranea resort I decided to run the extra 1.5 so I could enjoy the view. I realized that that would mean this would be a 24 mile run. Running was pretty easy up until mile 17 I would say. Even though after that everything was flat or downhill, I hit that point to where your body just wants to stop, so I did stop to take pictures of the beautiful sunset (probably about every 10 minutes). Suddenly it got dark so quickly and once I arrived back at the strand in Torrance, I was so tempted to call an Uber. I’m not much of lover of running by myself in the dark. It kinda scares me. I did however decide to continue running and everything went well, until a drunk creep in Hermosa kept riding right next to me while staring at me. I felt so uncomfortable and with barely any other people walking on the strand I didn’t know what to do. Eventually I turned into a couple of different side streets where I saw other people walking and I lost him. Thank God! I was so happy when I finally got home and went straight to bed. I ran for 3:45 minutes but I was gone about 4:20 total because I had a bunch of photo stops and I stopped for a snack too!
Run details: 24 mi | 3:45:03 | pace: 9’23” | elevation: 1047 ft 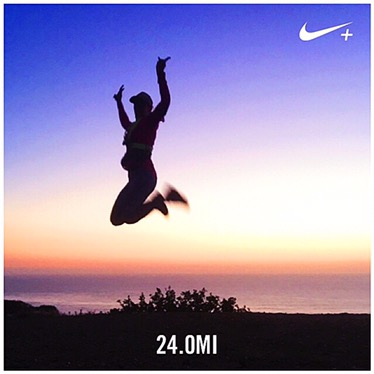 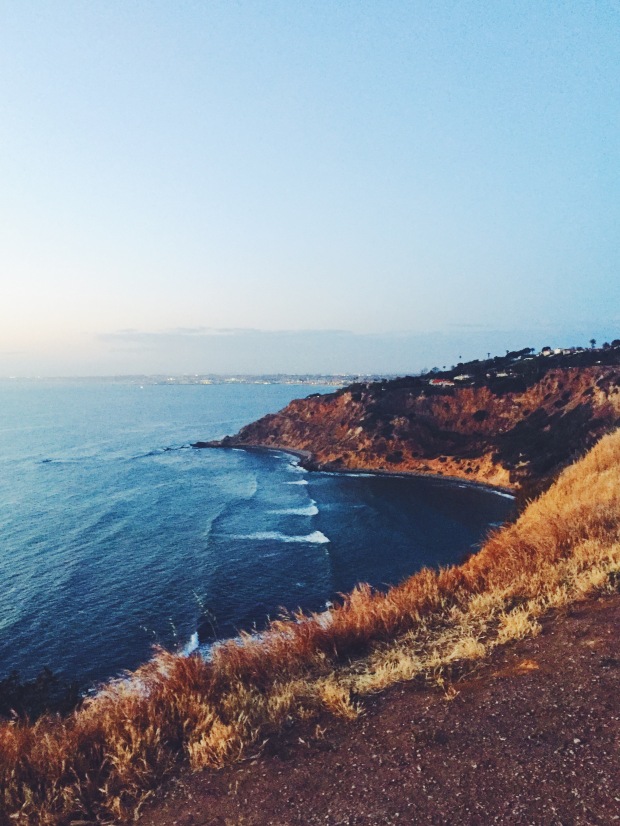 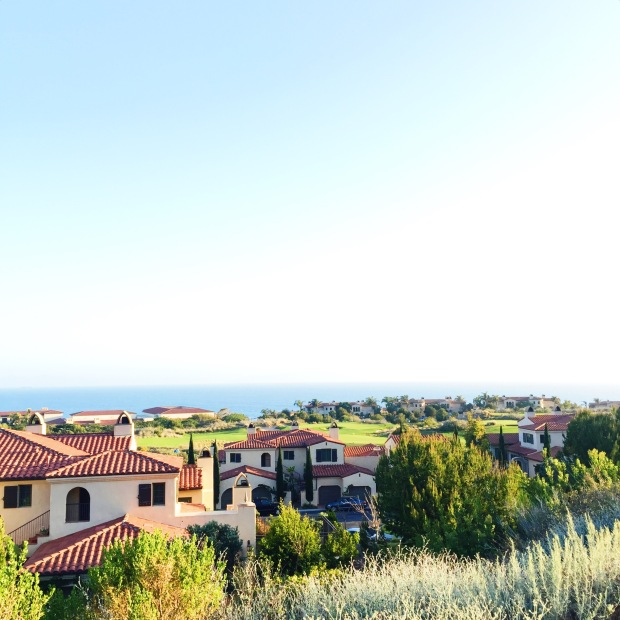 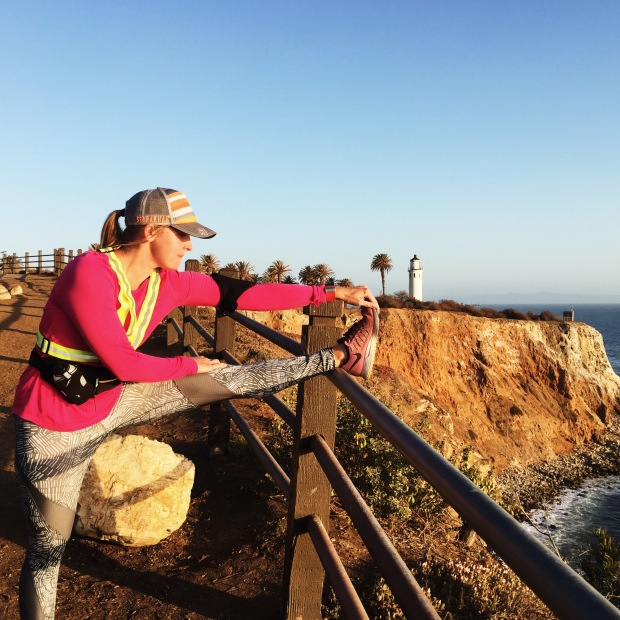 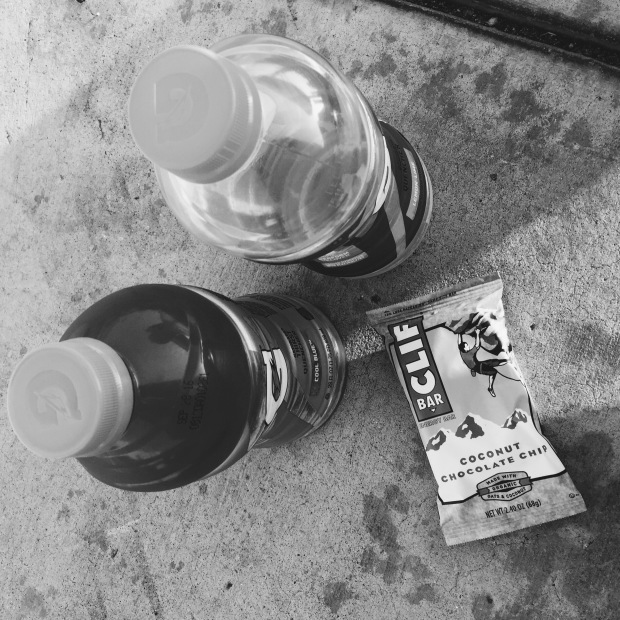 Sunday:
I woke up hurting from the run I did the night before, but decided to go to a Damage Control class. We did tire flips, push ups, squats, sit-ups, rows, side kicks, lunges… Let’s just say we did every move you can probably think of. It was intense. I decided to walk to the gym. It’s about a half mile from my house and man, it was painful. I could barely move and walking there took me 25 minutes instead of the usual 10. I was surprised though how easy it was to do all these exercises. Even though this class was so intense, it really did help to stretch my muscles and I felt a lot better after finishing the class.

Thoughts on this week:
I only took 4 classes instead of 5 and only ran 30 instead of 33 miles, but even though I did less than planned, I feel like I accomplished more than planned. Taking it a little easier and adding an extra rest day into my week plan helped me get up my mileage of my long run. I’m very satisfied with what I’ve accomplished this week!

Wish me luck on my first ever Disney races that are coming up this weekend! I’m so excited! Who has done one of those and what did you think?